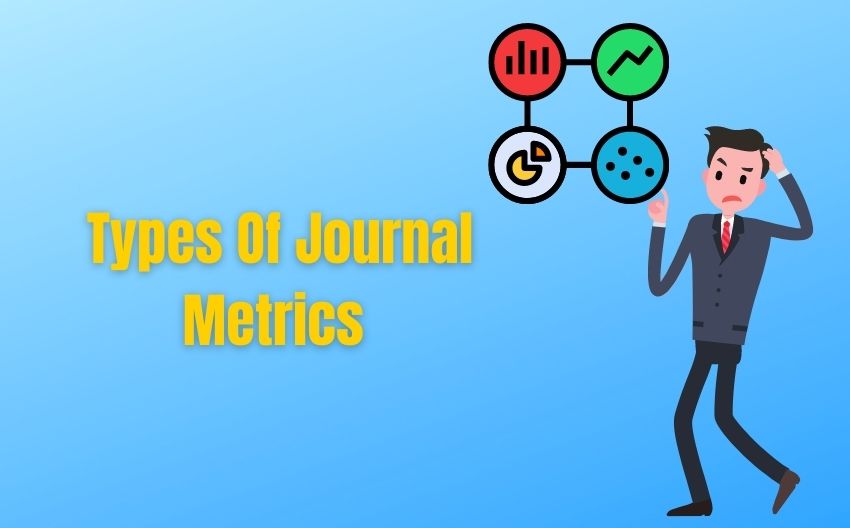 When submitting a research paper to a journal, it’s necessary to make sure that the journal is a good fit for your paper. We’ve already discussed the factors to consider while making this decision and how to choose the right journal, but now we’ll focus on one specific criterion: journal ranking and metrics.

The open-access publishing approach has resulted in a plethora of journals, each focused on a certain discipline or research area. However, just because there are so many alternatives doesn’t mean they’re all of high quality.

What are journal metrics?

The Journal Impact Factor, developed in the 1950s and available through Thompson Reuters’ Journal Citation Reports, is the original citation impact metric. CiteScore, Eigenfactor, Google Scholar Metrics, SCImago Journal & Country Rank (SJR), and Source Normalized Impact per Paper (SNIP) are some of the more recent free journal metrics that have been developed.

To determine a journal’s importance to the research community, each journal ranking metric has its own formula. Counting the number of times the journal has been cited in other works is one of them. Since the formulas and technique for each metric varies, the results will vary.

For example, an Eigenfactor score considers the journal’s size, giving larger journals more weight than smaller journals, but other measures do not. Comparing the results of multiple metrics can give you a better idea of a journal’s true impact.

So, what factors can a researcher use to determine the quality and influence of academic journals? Let’s have a look!

The impact factor is usually determined over a two-year period, based on the number of articles published in year X divided by the number of times they were cited in the next two years.

While it is the most prevalent method of determining a journal’s influence, it is not without its limitations. For example, as it is only an average calculation, a journal’s impact factor might be high even if only a few articles have been widely cited. Moreover, impact factors are not standardized. This makes comparing rankings across disciplines difficult.

Another metric that aims to rank the importance of a journal is Eigenfactor. It evaluates a journal’s influence based on its presence in academic networks, rather than just counting citations.

To put it another way, it is dependent on the work of a journal being cited in other respectable journals. The greater the Eigenfactor value, the closer the network is. It’s determined by an algorithm that ranks journals according to these criteria.

This calculation is done over a five-year period, and citations within a journal are not taken into account.

This system of journal ranking takes into consideration both of the above-mentioned criteria: it analyses both the number and origin of citations credited to a journal. Every citation is assigned an SJR value depending on the number of times it has been cited and the sources it has been cited in.  As a result, the higher the ranking, the more prestigious the sources are.

The SCIMago calculation is as follows: the number of citations in a journal in X year divided by the number of articles published in the previous three years.

It’s similar to Eigenfctor in that they both use network theory to reach at their calculations.

The amount of citations per publication in a journal is divided by the field’s citation potential.

The citation potential of a journal is measured by the number of articles that cite it. This indicates that if an article receives a citation in a subject where citations are few, the citation will be valued higher.

SNIP normalizes its sources to make cross-disciplinary comparisons. In reality, this implies that a citation from a publication with a lengthy list of references is worthless.

Citations from publications classified as “non-citing sources” are not considered. Trade journals along with a few arts and humanities titles are among them.

It is based on the data in the Scopus database. As a result, certain references will be disregarded.

Unlike the other methods of ranking, the h-index is an author-level metric. It essentially serves as an indicator of how active a researcher is in their field.

If each of a researcher’s publications has been cited more than their total number of publications, they are assigned an h-index number. For example, a researcher’s h-index value is 24 if they have produced 24 articles, each of which has been referenced at least 24 times.

Companies often calculate Altmetric scores. They can’t be calculated manually for this.

Depending on the company and the information they use, several sources are used in altmetrics calculations. However, a high altmetric score often implies that an item has received a lot of attention, as well as what the company has decided to be “quality” attention (i.e. a news post might be more valuable than a Twitter mention).

Keep in mind that just because something gets a lot of attention doesn’t mean it’s essential or even great. That’s why combining altmetrics with impact factor might be beneficial.

However, when considering any citation metric, keep in mind the following:

We hope that this introduction to journal metrics may help you in navigating the complex world of academic publishing.

Keep following TrueEditors. We will continue to produce articles about academic writing and publishing on a regular basis. –Click Here!

Types of Resumes – How to choose the right type?

Over 1000 customers have rated TrueEditors
4.5 out of 5 on Google reviews and 4.6 out of 5 on Reviews.co.uk.
A Bks
TrueEditors! True! True! True!
My experience with TrueEditors.com was great. I came across their site from the high ratings. And the high ratings proved to be true. Once I got onto their site, I was immediately helped by a TrueEditors.com Rep, a live person, who helped answer my questions and walked me through the process. That was a big plus! And as a first timer, I got a discount or free edit. That was another plus! And the transaction was quick and easy. The turnaround time was also fast, delivery was on schedule and on time as specified. Another plus! My editor was also great and very helpful with comments, notes and suggestions. And when my document was completed and I had to ask a question to my editor, the Customer Service Rep was quick to respond. They escalated the matter so that my question would reach my editor and my editor would give me a reply directly and quickly. And my editor did just that. That was a major plus! Overall, thumbs up on great Customer Service and Editorial service. I would recommend them and look forward to working with them again. Thank you TrueEditors.com!
jammersanger
More than I had hoped for!
Did two jobs with TrueEditors and I'm highly satisfied. In one of the jobs I had some questions regarding their proposed changes and they immediately dug into it and explained why they had chosen certain expressions instead of others and what the differences were. That's really more than I had hoped for! And their chat-people are very alert - and good fun, too!
Jan Goepel
Very trustworthy and extremely efficient
I had an academic document proofread by the TrueEditors team. They not only corrected numerous grammar and spelling issues, they also advised on certain expressions according to my target audience. And the best, they did so over night... extremely fast, extremely good, and trustworthy service. Will be coming here again for the next publication.
Jonathan
Even my tutor can not find these errors
Thank you for editing my document on time. The editor pointed my attention to my commonly made mistakes; missing words, incorrect spelling and grammatical inconsistencies throughout the document.
I was happy to receive both a tracked and a clean version of the edited document.
I will happily recommend TrueEditors to my friends, and I will myself come back on a later occasion.
Reginald Maddox
Excellent Service, Highly Recommended
I have used TrueEditors for several editing projects for my website. They have edited small and large projects for me. TrueEditors offers great pricing with no hidden fees, they always deliver on time and I love the fact that they provide a clean version and a corrected version showing the recommend changes. I highly recommend this company for anyone looking for quality editing services. They have great communications, project completion dates are given when ordered and they have consistently met the deadline. I am extremely satisfied and I will remain a loyal customer.
Eva
Great service, great company!
We are a Spanish advertising agency that work for international companies. Usually we need our copies to be reviewed. We trust TrueEditors for doing this, they are always super-professional and always deliver the documents on time. I recommend them 100%
Dalchen
Improvement in structure, language and formatting
My cover letter was corrected very professionally, with very detailed comments and explanation. Smaller issues like my unclear description were changed shortly in a revision version, with a very smooth communication. I have learned also from the formating. For further CVs I will still consider their service, because the cover letter has to be formulated for specific job description. I don't do massive job application.
Madkin Kelly
Quick 24 hour turnaround
Paper True was quick and effective. I needed a 24 hr turnaround and they provided me edits to my resume that became the talk of the town among my team. Everyone loved how thorough the edits were. Thank you Paper True for helping me so quickly and effectively.
Nora
Aaron is the best editor!
I live in Zürich and needed to have my cooking book "The Food Is Ready" , edited in english before I publish it. So I decided to sent the manuscript to Paper True and I can only tell that I was really impress when I saw the work they did. Aaron my Editor has correct the language and grammar errors. He has done a terrific work improving phrasing and consistency of my book. If you are looking for a serious company I can really recommend Paper True. And "they are allways there available if you have any questions"
Caroline Amstrup
An amazing job!
As a sixteen years old Danish girl I must admit finding the right editor was hard, but I found THE one ;)
Amazing service and a welcoming chat on the website! I love the detailed comments and feedback on the tracked document :) They really did a good job at making my debut novel a lot better while still keeping my style of writing!
Much love from Denmark <3
Read all Reviews