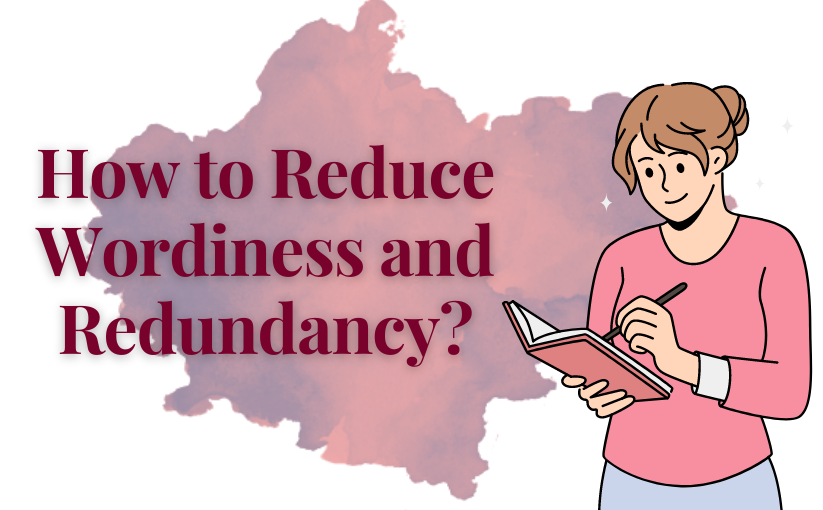 Do you have a tendency to create sentences that are too long?

Have you ever tried to finish a statement in one breath after re-reading it?

If this is the case, you may be suffering from a condition known as prolixity, or wordiness in layman’s words. One of the most typical ESL mistakes is being too wordy. It occurs when a writer employs far too many words, or overly complicated or abstract words, either intentionally or accidentally.

Wordiness may detract from the coherence and quality of your writing, as well as frustrate your audience.

We all want to communicate effectively, yet long sentences may hide even the most brilliant ideas. Every word in a good sentence has a function and occupies the right place. The suggestions below may assist you in writing sentences that are clearer and more concise.

1. Filler Words Should be Eliminated

Limiting or eliminating the usage of “filler words” is an easy approach to reduce wordiness. Filler words slip in between significant words and, while they may seem appealing, they are generally ineffective.

Take, for example, the statement “It is commonly believed that…” The word “commonly” is a filler in this sentence that provides no purpose. Leaving this word out would have no effect on the meaning of the statement and would really improve it.

When you’re revising, you’ll see that you’ve used a lot of words. To make the statement more concise, the line “Some experts frequently feel that…” may be changed to “Some experts believe that…”

Another source of wordiness is redundancies. Writers might use redundant words or redundant information to create redundant writing.

In descriptive writing, redundant wording is most common. When writers try to describe something and use too many synonyms, something happens. “Mark is a humorous, hilarious, and amusing person,” for example. Mark is described using three terms that effectively imply the same thing.

Students all across the world are probably familiar with the second type of redundancy. When writers say the same thing several times but in various ways, this is known as redundant information. Readers are compelled to read more while gaining no new knowledge.

In essays, redundant information frequently appears: “Cancer cells can be suppressed by drinking carrot juice twice a day, according to researchers. Carrot juice has been shown to suppress cancer cells when eaten twice daily.”

Despite the fact that the two sentences are written differently, they convey the same information. To keep your essay writing from being too wordy, avoid using redundant information.

Qualifiers are words that come before an adjective or adverb and are used to change the quality of the modified term. The qualifier “very” is used in the sentence “John is extremely cool.” The misuse of such qualifiers might cause readers to become distracted.

Often, qualified terms can be substituted with a single more powerful word. “Sue is furious,” for example, maybe reduced from “Sue is really angry.”

When “very,” “extremely,” “barely,” or “hardly” precedes every adjective or adverb, the qualifiers lose their meaning. Rather than using two or three mediocre words, try to utilize only one good word. This will improve your writing instantly.

This type of wordiness is the most frustrating. The deliberate use of lengthy phrases or too complex wording is known as logorrhea.

You’ve probably come across it if you’ve ever read a postmodern novel, lab report, or legal journal.

An author might express anything in three words, but instead has created a sentence so dense with adjectives and qualifiers that readers will be confused by the time they get to the end. All of these extra words might make expository writing unnecessarily difficult.

Here’s a famous writer’s example of logorrhea: George Orwell. He was satirizing the use of logorrhea in political speech, and here is an example of a statement with a lot of words but little meaning:

“Objective considerations of contemporary phenomena compel the conclusion that success or failure in competitive activities exhibits no tendency to be commensurate with innate capacity, but that a considerable element of the unpredictable must invariably be taken into account.”

If your writing looks like this, put down the thesaurus and realize that writing is about getting a message through. What you’re expressing should always be understandable to your audience.

5. Use Active Voice Rather Than Passive Voice

Passive voice verbs are made up of a form of the verb to be plus the main verb’s past participle (for example, “are composed”). The subject noun receives rather than does the action in passive voice sentences, and the doer of the action is frequently not specified.

When it’s vital to know who or what does the action, use the active voice.

Example: Donner’s misuse of information is exposed by the facts.

If there are too many “side conversations,” the reader will be distracted and maybe confused. Each paragraph should have a clear goal, should be related to your overall argument, and ideally positioned inside your work.

Staying focused and writing rationally need organization. If you’re writing about politics on social media, for example, don’t go into too much detail on Mark Zuckerberg’s personal life. Consider this suggestion: write about one concept at a time and transition effectively.

7. Increase the Number of Periods and Paragraphs in Your Writing

Writing that is chunked into large portions or covers entire pages, especially for online material, will surely bore readers and go unread.

Even if you’re stubborn with your paper’s structure, break it up into shorter paragraphs. Longer paragraphs should be broken up into three or four sentences. Run-on sentences, on the other hand, should be limited to around 25 words or no more than three lines of text if at all possible.

When we read, we have a rhythm, and shortening sentences and paragraphs makes it easier for readers to follow along and comprehend the text.

Lastly, do not be scared to read your work aloud. It will assist you in identifying situations where your sentences are tiring or difficult to express.

8. Make Use of the Magic Number

When anything is explained in a shortlist of structured points, people grasp it better. Three is the magic number. This is a technique that is particularly useful in scientific writings.

Three stages, three categories, three sequences, or three bullet points are all acceptable options. Each part should be divided into three sub-sections. Make three data points on your graph. Make a three-part structure for your thesis for discussion.

Since your material is clearly structured, readers will be more likely to remember it, and as a result, they will see your writing more favorably.

With these eight things in mind, decreasing wordiness in your writing should be simple.

No matter how good you believe your writing is or how bad you think you are at rewriting, the ideas in this article will help you eliminate wordiness, become more precise, and transform your writing into a paper that is more concise and conveyed clearly.